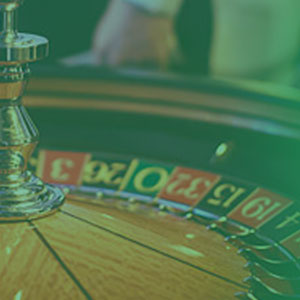 The UK version of EuroMillions celebrates special occasions and events throughout the year by giving players the chance to win multiple prizes in the UK Millionaire Maker draw. Since the launch of the UK Millionaire Maker (formerly Millionaire Raffle), a special draw has always taken place over the Christmas period. In previous years, a series of draws have taken place in the run up to Christmas, culminating in a special event close to Christmas Day. Find out below just how special EuroMillions can get over the festive period.

Below are details of all previous Christmas EuroMillions Millionaire Maker and Millionaire Raffle draws:

The draw on Christmas Day offered a jackpot of £99 million following a long run of rollovers in the build-up to the festive period. There was no special promotion for Christmas itself, with an enhanced Millionaire Maker draw instead taking place on New Year’s Day.

There was no Mega Week in the run-up to Christmas in 2017, but another ten millionaires were guaranteed in the days just after. A special version of the UK Millionaire Maker took place on 29th December, and ten codes worth £1 million were drawn instead of the usual two.

EuroMillions Mega Weeks took place at the end of November and in the run-up to Christmas. In the draws on 22nd and 25th November, five million-pound codes were drawn in the UK Millionaire Maker raffle, instead of the usual two. In addition to the cash prizes, all ten winners jetted off for a seven-night stay at the New York Park Hyatt hotel and were given $45,000 to spend in world-famous department store Bloomingdales, as well as VIP tickets to Broadway shows and a helicopter tour around the city.

The prizes in December’s Mega Week were just as impressive. Five more million-pound raffle codes were drawn on the 20th and 23rd December and each winner, along with seven other guests, spent seven nights in the beautiful winter wonderland of Zermatt, Switzerland. They took advantage of luxury four-course meals, saunas and swimming pools, as well as up to £5,000 worth of activities while they were there, including skiing, heli-skiing, private helicopter flights and brewery tours.

UK players were given twice as much to get excited about in December 2015 with a Mega Week rather than the usual Mega Friday. There were five winners of the UK Millionaire Maker on Tuesday 22nd December and another five on Christmas Day itself, making ten lucky ticket holders £1 million richer and rewarding them with a fantastic luxury holiday.

All ten winners took business class flights to Sweden, and on arrival they were transferred via helicopter to the stunning Copperhill Mountain Lodge in the ski resort of Äre. During their seven-night stay at The Villa, winners could decide between a number of thrilling activities such as a snowmobile safari, a two-hour zip-line experience, and kayaking. The winners also had use of the resort's spa facilities, a professional chef on hand to prepare three meals every day, and a generous allowance for drinks.

The Mega Friday draw landed on Boxing Day in 2014, and ten players who matched the winning UK Millionaire Maker codes won the usual £1 million prize plus a VIP trip to Canada to see the beautiful, awe-inspiring phenomenon of the Northern Lights. The prize included a stay at a five-star hotel with views over the Rocky Mountains and various excursions.

Twenty-five prizes of £1 million were won in a special version of the UK Millionaire Maker raffle that took place on New Year’s Eve. For more information, view the New Year's EuroMillions page.

The Christmas EuroMillions draw in 2012 was an exciting time for UK EuroMillions players as 50 prizes of £1 million were on offer across two draws. The first special UK Millionaire Maker raffle was drawn on Christmas Day and gave away 25 million-pound prizes. The second festive draw took place on New Year's Day 2013 and again put 25 prizes of £1 million up for grabs.

To celebrate the seasonal festivities in 2010, the number of prizes in the Millionaire Raffle for the EuroMillions Christmas Eve draw was increased and resulted in the prospect of 25 lucky ticket holders waking up on Christmas morning £1 million richer.