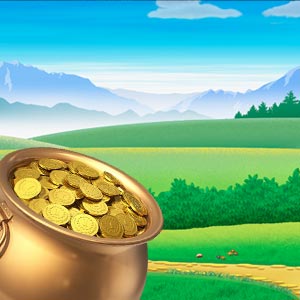 Pari-mutuel means ‘mutual bet’ in French and is used to describe the method of distributing prizes in lotteries like EuroMillions, where players win a share of a pool rather than a fixed cash amount. In a pari-mutuel system, the final prize amounts cannot be calculated until the final sales figures and the number of winners in each tier are known.

The prize pool in every EuroMillions draw is made up of 50 percent of the total brought in by ticket sales. There are 13 different winning tiers in every EuroMillions draw, all calculated on a pari-mutuel basis, with a fixed percentage of the prize pool assigned to each. That amount is then divided equally between all the winning tickets within that tier.

Here is an example of how prizes are calculated using the pari-mutuel method:

In a fictional EuroMillions draw, £30 million worth of tickets is sold.

However, a change in the volume of tickets sold for the draw, or the number of winners in a particular tier, means that the value of the prize can vary, as this example for the same prize tier demonstrates:

In a different fictional EuroMillions draw, £35 million worth of tickets is sold.

What happens if there are no winners in a non-jackpot prize tier?

If there are no winners in a prize tier (apart from the jackpot), the prize pool for that particular tier rolls down to be shared among players in the next winning prize tier. When this happens, the prize pool for the tier in question is dramatically increased, as was the case in EuroMillions draw number 669. As there was no winner in the Match 5 plus one Lucky Star category in that draw, the Match 5 prize increased to €649,098.60.

See the EuroMillions Prizes page to find the percentage of the prize fund that is dedicated to each winning tier.