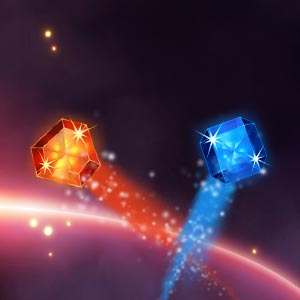 The first ever EuroMillions draw takes place in Paris, with France, Spain and the United Kingdom taking part. A French player wins €15 million.

Dolores McNamara of Ireland wins €115.4 million, which at the time broke the record for the largest European lottery prize ever won, and which remains the largest Irish EuroMillions win.

EuroMillions introduces a rollover cap, with the jackpot allowed to roll over for a maximum of 11 draws. If no jackpot winner was found in the 12th draw, the top prize would roll down and be shared among players in the next winning prize tier.

After rolling over for 11 draws, no jackpot winner is found in the 12th draw on this date. The entire sum rolls down and is shared by 20 players who matched five main numbers and one Lucky Star. Each of the winners receives £6.7 million (€9.6 million).

The first EuroMillions Superdraw is held, offering a fixed jackpot worth €100 million (£66 million at the time). It is won on the night by an anonymous player from Belgium.

EuroMillions Plus is introduced in Ireland, giving players the chance to enter their main EuroMillions numbers into a supplementary draw with a top prize of €500,000 for an extra €1 per line.

EuroMillions introduces a jackpot cap of €185 million, scrapping the previous rollover cap. The cap is supposed to increase by €5 million each time it is reached. In the UK, the cost of a single EuroMillions ticket increases from £1.50 to £2.

The first Tuesday EuroMillions draw is held. To celebrate, the game offers a jackpot of €100 million. A new prize tier for matching two main numbers is also introduced, and the number of Lucky Stars is increased from nine to 11.

Chris and Colin Weir win a €185 million jackpot, becoming the first players to win a prize at the jackpot cap. Their windfall in pounds sterling (£161.6 million) remains the largest UK EuroMillions prize on record. The jackpot cap is subsequently raised to €190 million.

The jackpot cap is fixed at €190 million. Under the new rules, the top prize can stay at that level for a maximum of two draws. If the prize money is not won, the funds roll down and are split among players in the next winning tier.

To celebrate the London Olympic Games, the UK Millionaire Raffle offers 100 prizes of £1 million. Eventually, 97 of the prizes are claimed, setting a new world record for the largest number of millionaires created in one night.

Adrian and Gillian Bayford of Haverhill, Suffolk win €190 million, becoming the first EuroMillions players to win the maximum possible prize. While the sterling amount the Bayfords received (£148.6 million) was less than what the Weirs won the year before, the Bayfords won more in Euro due to exchange rates at that time.

A £63.8 million jackpot won in the UK from the draw on Friday 8th June of that year officially expires, with no player coming forward to claim the winnings within the 180-day period. The entire amount, and any interest accrued, is donated to the Good Causes Fund.

A special edition of Millionaire Raffle, called “£1 Million Every Month for a Year”, is held. No player comes forward to claim the winning ticket before the 180-day deadline and the total value of the prize - £12 million – is donated to the Good Causes Fund.

My Million is introduced in France, guaranteeing that at least one French EuroMillions player will win €1 million as part of a supplementary raffle draw.

A Portuguese player from Castelo Branco wins €190 million when the jackpot reaches its cap after a run of six rollovers.

Millionaire Raffle changes its name to UK Millionaire Maker, and Mega Friday is introduced, offering multiple £1 million prizes and non-cash awards on the last Friday EuroMillions draw of each month. To celebrate the new game, 25 UK Millionaire Maker prizes are given away on the night.

A number of EuroMillions changes are introduced to the game to create bigger jackpots and more exciting prizes:

A Superdraw is held to celebrate the latest changes to EuroMillions and offers a jackpot of €130 million (estimated £100 million) and is the first Superdraw of 2016.

A Spanish ticket holder wins €190 million with a ticket bought in Las Palmas, Gran Canaria, after the jackpot rolled over to reach its cap following a Superdraw on 15th September.

A player from Switzerland wins the country's biggest ever prize amount after landing a CHF183 million (£144 million) jackpot. It followed a Superdraw on 21st September, with a jackpot of €130 million that rolled over three times.

The number of UK Millionaire Maker prizes in every standard draw went down from two to one, allowing more special draws to take place with multiple guaranteed winners.

The EuroMillions jackpot rolled all the way from its starting value of €17 million to its cap of €190 million (£170 million) in a record-breaking run of rollovers. The jackpot then went five more draws until it was won by a single anonymous ticket holder in the UK, making it the biggest lottery prize ever won in the UK.

Changes are made to EuroMillions to help create even more big jackpots:

The Jackpot Cap of €200 million is first reached on 4th December, where it remains for two more draws before being won on 11th December. The winning ticket was sold in France. The winner currently holds the record for the biggest jackpot won since EuroMillions began.

Under rules introduced in February 2020, the Jackpot Cap has now been increased to €210 million.

The €210 million record jackpot was won by a lucky ticket holder from German-speaking Switzerland who bought two tickets online. The jackpot had reached the cap after rolling over following a Superdraw earlier in the month.

Following the win, the Jackpot Cap has now increased to €220 million.

Following a Superdraw in late September, the EuroMillions jackpot managed to climb to the capped amount of €220 million in just a few short weeks. The jackpot was won on Friday 15th October by a lucky ticket holder from France, who instantly became the new record holder for the biggest jackpot won to date.

As per the EuroMillions game rules, the Jackpot Cap has now increased by a further €10 million to a new limit of €230 million.